The development of modern dry needling reflects the great tradition of empirical science, which carries some truth, and some defects of empiricism. All new developments are built on the previous achievements; essentially “dwarfs standing on the shoulders of giants” is a good description of this scientific process.

We describe here the development of dry needling chronologically and hence define the generations of modern dry needling. It does not at all mean one modality is superior, as we all know that all modalities are clinically working.  Of course, any modality works best when in well-trained and experienced hands.

The history of dry needling dates back to the 1940’s with Dr. Janet Travell. She identified the muscular trigger points and referral patterns that were elicited with “wet needling”,  later she discovered that “dry needling” offered the same results. This was certainly groundbreaking work and hence she created the term dry needling. She and Dr. David G. Simon carefully identified most of the trigger points located in the human body. Thus, the first generation of modern dry needling was established.

In the late 1970’s Dr. C. Gunn developed the concept and technique of Intramuscular Stimulation (IMS). IMS is a technique for the treatment of myofascial pain syndrome based on a comprehensive diagnostic and therapeutic model that identifies the etiology of myofascial pain as neuropathic i.e. due to disease or dysfunction in the nervous system. It specifically identifies the nerve root as the generator of the pathology, so it is referred to as a radiculo-neuropathic model. Chronologically the IMS or Gunn approach can be considered the second generation of modern dry needling, even though it was developed without referring to the trigger point approach.

In late 1970’s, Dr. H.C. Dung, a professor of anatomy, in San Antonio, Texas, discovered the homeostatic points. Dr. Janet Travell recognized and was impressed by Dr. Dung’s discovery (personal communication). In 1999, Dr. H.C. Dung and Dr. Yun-Tao Ma co-authored the book Scientific Acupuncture for Healthcare Professionals published in China. This was the first modern needling textbook published in China. Later they co-authored the second book , Pain Measurement of the Human body also published in China to further explain the clinical application of the system.

Dr. Yun-tao Ma started to practice traditional acupuncture in China in 1968. He was trained as neuroscientist at the National Institute of Health (NIH) and a pain researcher in the Department of Physical Therapy at the University of Iowa. Dr. Ma continued Dr. Dung’s work to explore the physiology of the homeostatic point system and their clinical application. Dr. Ma discovered a relationship between homeostatic points and human biomechanical homeostasis. Dr. Ma also found that all modern dry needling modalities with seemingly different theories and clinical techniques, in fact, share the same physiology and are not in conflict with each other. (The Law of Dry Needling)

The systemic concept of IDN allows the practitioner to view and treat the human body as an inter-related organism, essentially the gestalt theory, yet allowing the clinical freedom to adapt the treatment for each patient. As a result IDN provides the framework upon which to address all types of physical dysfunction. IDN can be considered the third generation of modern dry needling.

The fourth generation of modern dry needling is yet to be written, but I envision a conceptual model that utilizes the autonomic nervous system to address pain and dysfunction. Achieving a better understanding and ability to influence the ANS may be the genesis of the fourth generation and IDN will be the springboard to achieving it…more to come! 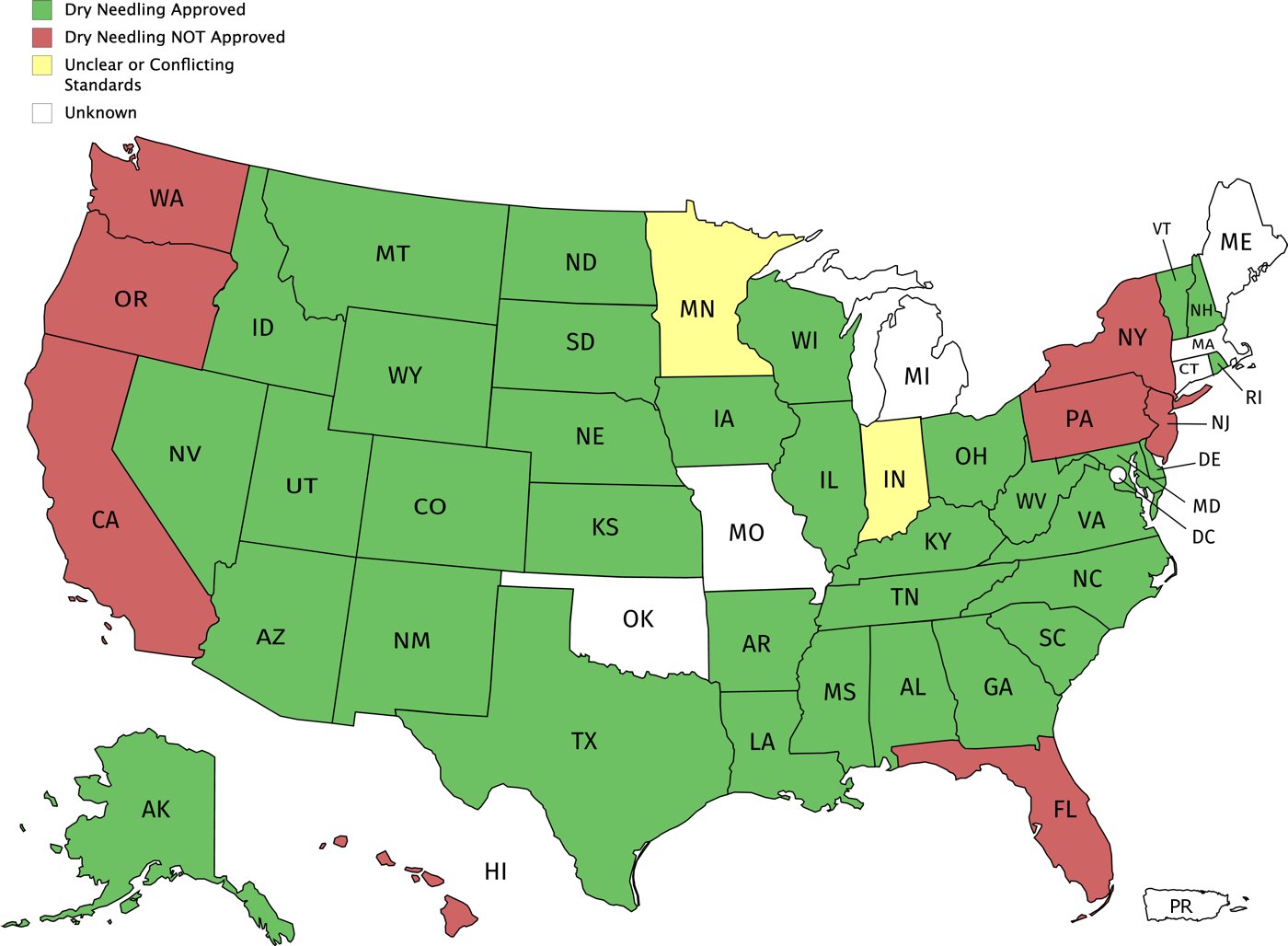 The energy of the instructor and the course material was great.  There was a great balance of didactic and lab based information that helped the content stick.   The course was low stress and had an environment suitable for learning.   I feel confident in dry needling.

The comprehensiveness and depth of the IDN courses is unmatched. Being able to walk into the clinic and having the knowledge and skills to treat patients is the best part.

I have practiced dry needling from another nationally known dry needling group and I noticed that other PT’s in my clinic were getting better results with chronic pain patients than me. Therefore I enrolled in the IDN foundation course.

IDN has improved my clinical skills not only by providing another modality or intervention but by providing a framework on how the nervous system and circulation influence pain, dysfunction, and healing of tissue.

IDN courses are hands down the best continuing education courses I have taken in my 20 years of practicing PT.  Such a great review of utilization of anatomy and neurology.  Application of IDN to my practice of PT has been such a benefit to my patients.

The foundation course set up taking this course perfectly.  I felt like there was so much new and clinically applicable information that I can integrate into my practice.

This course presented a lot of practical application for me as a PT.  It is a great addition to my practice to improve my outcomes.

This course is so informative but laid out in a conductive learning environment keeping you engaged and able to immediately retain skill  and information to directly begin using in the clinical application.

I truly believe that IDN should be in everyone’s “tool box” to help their patients.  It incorporates the body as a whole but allows for other treatment techniques and is not pushed as a stand alone treatment.

I have been needling for 4 years now and learned a different way to think when needling patients.  Not just looking at the muscles that hurt with palpitation, but really looking above, below, 360, 720 degrees.  Everything I learned in the course I will definitely be using  in the clinic.